Hans-Georg Gadamer: Metaphor, Metaphor(m) and the Fusion of Horizons 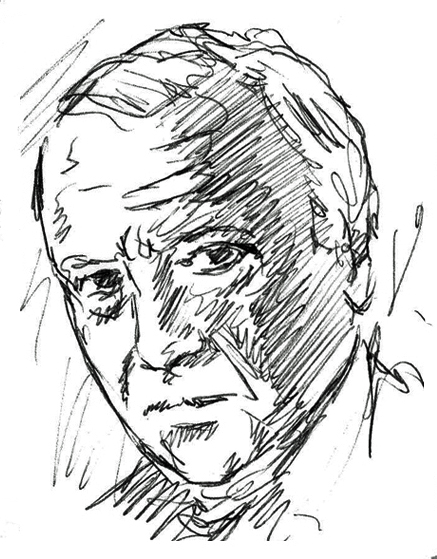 Philosopher Hans-Georg Gadamer offers an epistemological, process-oriented rendition of art. Gadamer has more bearing on metaphor, and thus on my theory of metaphor(m), than one would at first imagine. He hardly discusses metaphor in his major works. Yet his ideas, especially the remarkable one of the “circle of understanding,” have extensive implications for analyzing how our understanding operates through tropes. Joel Weinsheimer, in his book Philosophical Hermeneutics and Literary Theory, maintains that metaphor is implicit in Gadamer’s thinking.

I began my discussion of Gadamer by deriving the metaphoricity of understanding from his twin theses that language is fundamentally metaphorical and that language makes understanding possible. Clearly, Gadamer’s emphasis on language owes much to Heidegger, but in this respect Gadamer is indebted to the later Heidegger of Unterwegs zur Sprache — not Sein und Zeit. Unlike [Gadamer’s] Truth and Method, Being and Time situates the as-structure of understanding prior to language. For just this reason, it clarifies the thesis being considered here: namely that understanding is metaphorical. Beginning with Aristotle, metaphor has been assigned to the domain of rhetoric, and as a result, we have come to conceive it as a specific figure of speech, an identifiable form of language to be discriminated from other, nonmetaphorical forms. Being and Time, however, suggests that the as-structure of understanding operates in advance of language and therefore that the metaphoricity of understanding can be neither confirmed nor denied by the presence or absence of any particular figure of speech.1

Gadamer’s explication of the fundamental metaphoricity of understanding itself is valuable, both in his works and those of Weinsheimer, who has translated Gadamer and developed his ideas as they apply to literary theory. This is what lead me indirectly later to cognitive metaphor theory. Gadamer’s chief work is Truth and Method,2 Weinsheimer’s are Gadamer’s Hermeneutics 3 and Philosophical Hermeneutics and Literary Theory. These books have profound implications on my thought.

Gadamer terms his approach “philosophical hermeneutics.” It carries on the tradition of hermeneutics founded in authors such as Schleiermacher, Heidegger and Ricoeur. It can be seen as related, in a way, to the earlier religious hermeneutics through Luther heading all the way back to the origin of the word in Greek usage, meaning “things for interpreting.” Yet Gadamer’s version of this practice is overwhelmingly philosophical. It is a detailed, epistemological exploration of how understanding itself comes into being, not just an excavation of symbol-laden texts as one often pictures hermeneutics. I find Gadamer’s ideas extremely important for correctly conceiving of the artistic process.

The two elements of Gadamer’s philosophy which have the most relevance to my understanding of art are his assertion of the “limits of method” and his exposition of the “circle of understanding,” with its component “the fusion of horizons.” Gadamer accepts the fact that methodology, as specific strategies of interaction, is unavoidable, especially for science. Nevertheless, much in the same spirit that feminists harbor concerns about theorizing in the abstract, he points out that we must be self-consciously aware of the methods we use, for they foreclose potential avenues of perception as much as they open them. Most methodologies, such as that of the natural sciences as well as those of many artistic directions, claim to be the unique road to truth. Method is not transparent; it is opaque with prejudices — which word Gadamer uses to mean “pre-judgments” or “ideas-before-hand,” not racial discrimination.

Bringing this principle to play on my own theory of central trope, it called attention to the fact that we must use such theories in art as tools, yet include a touch a self-doubt in their manipulation. I desire my theory to be an informative way to discover how creators achieve works which become irreplaceable parts of our lives. Great artworks, though, matter more than any theory; they are not illustrations of them. Each painting is larger than any of the explanations of it. My theory will be a model for use in understanding and creating works of art, which are themselves models for interpreting experience.

Gadamer’s hermeneutic circle of understanding is one of the great insights in philosophy — and difficult to condense. Weinsheimer describes it as an “infinite dialectic — that is, the circle — of part and whole, in which the whole undergoes a perpetual enlargement through the fecundity of the exemplary particular.” 4 As I see it, according to Gadamer’s account, each instance of understanding conforms to a pattern similar to the following script: A perceiver encounters an experience (object, event, book, idea, etc.) This perceiver necessarily and unavoidably carries into this action prejudices, which are conditions that are the results of history, culture, society and previous adventures. He or she projects these prejudices imaginatively onto the experience in order to begin to attempt to understand it. Anders Engstrøm would say that this is a proposition.5 Such a projection involves, in my terms, tropes. These are not propositions themselves, but the act is proposal-like: that is, these preconceptions are offered to the mind for contingent consideration.

Such pre-judging is not right or wrong, it simply is. There is no perception “objectively” outside it and no perception so “subjective” as to be ahistorically independent of it. The perceiver’s notions-in-advance are bounced off what is experienced, thus tested by application. Inevitably, they fall short of fully encompassing the experience; they may even be found to be completely false. We humans, therefore, (may) learn something with each interaction, each testing of a trope. Gadamer calls the desire for this understanding a “passion” rather than a process. The entire package of one’s viewpoints is envisioned by Gadamer as a “horizon.” Through the circle of understanding, one’s horizon is matched to another horizon. Thereby, horizons are fused, each is widened. In the alien or foreign horizon, one must find oneself, i.e. some aspects of one’s own horizon. This allows the perceiver to come to be ”at home” in the new, expanded horizon. Likewise, one must find elements of the alien in oneself to accomplish any understanding. We cannot avoid ideas-in-advance as much as put them under the pressure of the desire to interpret and learn through experience.

This is an exegesis of lived encounter. In the creation of works of art, artists continuously phenomenologically “throw”; themselves, in a Heideggerian sense, into new encounters. We test the particulars of our horizons against the whole of experience (“reality”). The particulars of an incident, of each new artwork, test the whole of each of our horizons.

Gadamer’s circle of understanding, described in Truth and Method, has clear consequences for interpretation in general, but also for understanding art.

Anyone who wants to understand a text always performs an act of projection. He projects in advance a sense of the whole as soon as an initial sense appears. Likewise the initial sense appears only because one is already reading with certain expectations of a definite meaning. In working out such a fore-projection, which is of course continually revised, consists the understanding of what is there.6 A similar, complementary hypothesis was proposed by Chris Argyris and Donald A. Schön, in an expansion of the ideas of Pragmatic philosopher John Dewey. Learning can be seen as a recurring course of action centered on open-ended assessment. One learns, tests, corrects and re-tests, adjusting ones knowledge even to the extent of allowing amendment of the initial aim itself, thus forming a double-loop of learning.7 The arts involve hermeneutic circles-within-circles, an idea which meshes well with what I have called the questioning of metaphors. The circle of understanding is how we put the tropes we already bear into application, finding them useful or inadequate. This then elicits the creation of more effective ones. There is one prominent doubled-circle for creators. There is the hermeneutic circle of understanding the experience of life in general and another intertwined circle of understanding the possibilities available in ones media, tools, process, and other aspects of form. For most authors and artists these two are indivisible. In his sonnets, Michelangelo, for example, united his love for Vittoria Colonna, and Tommaso dei Cavalieri, with his love for stone carving. My theory of metaphor(m) develops this doubled-circle within a cognitive theory of trope.