The brain’s dense thicket of interrelationships, like those of history or art, does not yield to the reductivist’s bright blade. Thomas Lewis1 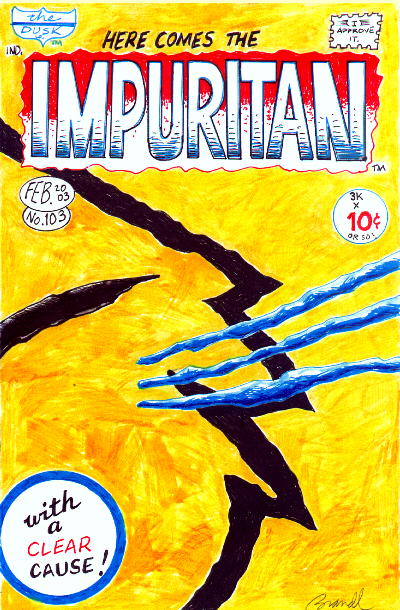 Reflecting on the applications of cognitive metaphor theory and in particular my own theory of central trope, metaphor(m), in my various articles on this site, let me turn our eyes from the Lakoffian elements of my thought to the Bloomian ones. It can be perceived that the pervasive use of metaphor(m) is the test of the truly forceful creator (Bloom’s “strong poet”). In this, we can contribute a new concept of “genius.” Rather than being seen as some kind of transcendentally inspired originality, genius can be correlated with the attainment of enveloping discernment, through the transformational power of the metaphor(m). Genius becomes the inspiration to all-pervasiveness, infusing the insight (“genie”) of central trope in the entire thinking-experiential process.

In a similar vein of reasoning, “pervasiveness” replaces the inadequate concept of “unity.” The now thread-worn discussions of “unity in diversity” and the like were never sufficient, especially after Modernism, for the lived experience of what artists attempt in the composition of artworks. The idea of “unity” connotes something feeble, almost expended, when seen as a goal and as it is often taught in art schools, primarily in those Bauhaus-derived explanations of relational balancing. In the place of such entropy, the theory of central trope suggests a substitution: “comprehensiveness,” the attempted-for omnipresence of one’s guiding vision, a dynamic fullness. For example, it seems evident that Jan van Eyck’s detailed rendering is not merely a new formal discovery used for its novelty alone. His style uses the dynamism of seeming opposition to energize an integrated vision of life. His realism serves to draw in viewers, suggest transcendence, and justify the individuality of persons and objects with the essence of God. His light is physical, yet does not dissolve; rather, it crystallizes visible reality, being in no way mysterious or overwhelming as in the medieval art before him. Yet the spiritual essence of God would appear to have little to do with a powerfully material world. In this, and other elements, we see that Jan van Eyck is a highly complex painter, in whose work many seemingly contradictory elements are reconciled. His works offer a form of accord far more sophisticated than any notion of unity — and this long before Modernism. His metaphor(m) revolves around his use of light as a materializing force to embrace and overcome contradiction in what he saw as theological truths and the material world. This conviction pervades and harmonizes his work by way of pervasiveness, our term of the moment.

The search for this pervasiveness, tropaic omnipresence, explains a prime form of development and growth in artists. The discovery of one’s own metaphor(m) may come in a blinding flash or in gradual steps, but learning to apply it is always a matter of slow work and hard-won experience. Some creators only progress to certain points in this maturational process, winning a few rounds but leaving off the end of the match. Thereby, they may even achieve importance, but not true strength in the Bloomian sense. The novels of James Joyce can be studied as a step-by-step realization of an ever more pervasive metaphor(m), one carried to an apex seldom reached in the history of literature or art. In an ideally consummated approach, the central trope would inhabit each and every decision by a creator. This is the never-ending lustre of the praxis of artistically maturation.2

Continuing this line of discovery, we bring to light another potential revision of a flawed conventional sentiment concerning creativity. “Reduction” has been touted at times as the sacred goal of the arts. Beyond a doubt, as creators mature their works frequently become not only allusively richer, but more concentrated. As comic artists so often phrase this, it consists in “learning what to leave out.”3 While many authors have expressed a similar perception, the truth of this is so concretely evident in illustrative (i.e. “realistic” as opposed to humorous style) comic artist’s works. Many begin their careers working in tightly, often overly-detailed styles — perhaps in order to achieve renown. By the late phases of their careers, many draw with far fewer lines, yet with much richer expression. How do we retain this fine observation concerning reduction, but subtract the level of self-mortification it reached in Late Modernism? Reduction must be recognized not as a goal, but as a means — to embodied metaphor(m). Reduction is redefined by the theory of central trope as an example in use of H. Paul Grice’s “Maxim of Quantity” (This rule is simple: “Be as informative as is required and not more so.”4 Lakoff and Turner use this idea to clarify a guiding principle of the creation of new metaphors, explaining their elegance and understandability; however it also deciphers the issue of reduction in the arts. As creators develop, their use of their metaphor(m)s become more encompassing, as just described. Concomitantly, as pervasiveness expands, artists and authors become more aware of extraneous elements in their works, i.e. ones which do not assist, or may even be detracting from, the central trope. Hence, these are extracted from the mix.

This fuller account of reduction denies subtraction for its own sake. Important is the necessary increase in abundance which it indirectly serves. Reduction is the drive to leave out what does not contribute to the metaphor(m).

As an aside, let me relate this to my own art. I am against purism in all forms. I find it morally and politically questionable. It is a trope of fascism and racism. Comics, sign painting and many other demotic, vernacular, or “street” art-forms are inherently impure entities offering emancipation from narrow reductivism. This is a trait to applaud and emulate in the fine arts, and one that in the call-and-response form I advocate could incorporate Bloomian agon.

My favorite living philosopher, David Carrier sees comics as an inherently impure entity; I would amplify this, claiming that comics offer a positively anti-purist emancipation from narrow formalist reductivism. This is a trait to applaud and emulate in the fine arts in order to construct a new road out of the cul-de-sac of Late and Post-Modernism. Objections to comics are usually objections to the form’s impurity. “Breaking down seemingly essential boundaries is often thought to be unnatural, and so morally pernicious,” as Carrier says in his important book, The Aesthetics of Comics.5

The in-betweenness of comics has important social, psychological, even ethical implications — as well as historical-philosophical ones.

I am trying to make art that is radically technically non-exclusive, even expansive. The in-betweenness of my art has important social, cultural, psychological, even ethical implications — as well as historical-philosophical ones.