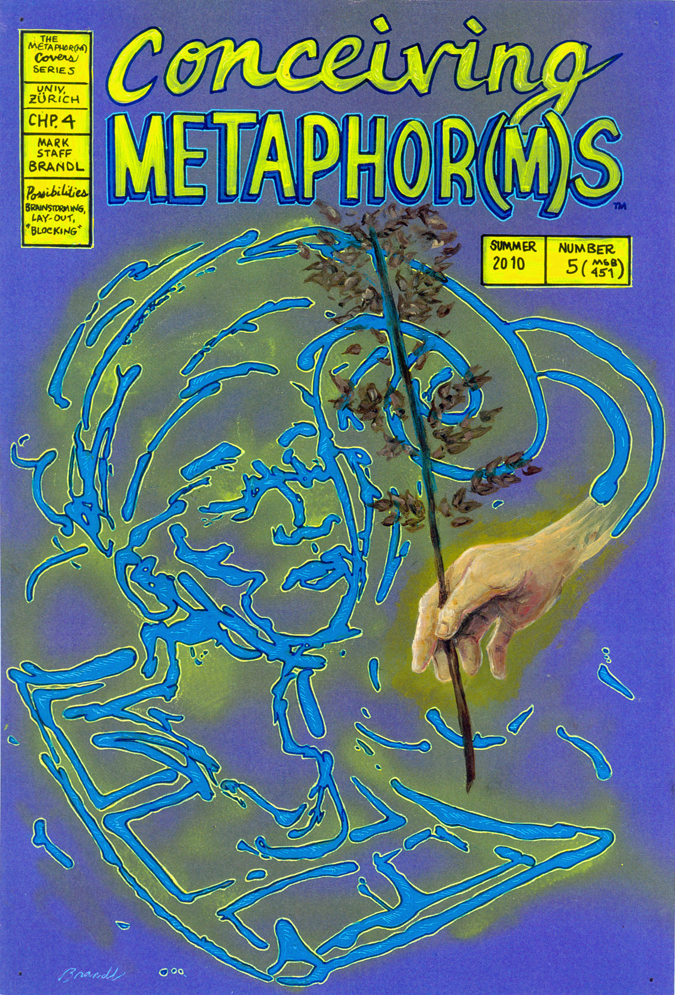 And what about genius? In the last few decades, there has been a justified critique of stodgy notions of the term genius. The 2009 Encyclopedia of Feminist Literary Theory asserts that the “concept [of genius] is tied to gender and power in ways that cause problems for women.” Furthermore stating that “Romantic, Victorian and Modernist artists claimed that only “geniuses” produced “great art” and that only a man could be a “genius.” However, in practice they defined “great art” in contrast with the art of women and others who were labeled “inferior.””1 This is indeed true. Artists presenting themselves as geniuses can even use purposeful subterfuge. Michelangelo destroyed notes and sketches, as suggested by Vasari, to further public opinion that he was a directly and divinely inspired (not slowly maturing) genius.2

However, even if “genius” makes us squirm, causing many to deny it, deconstruct it, or explain it away, the term still has much truth in it, IF we examine it closely, even to the point of redefinition. In fact, we can contribute a new concept of “genius,” based on the pervasive use of one’s metaphor(m).

As I have written in a previous article here on the Metaphor And Art website, I find paintings and novels to be quintessentially antithetical. They incorporate, use and criticize. They have achieved a condition of being perpetually “genres undermined.”3 Painting and the novel are artistic disciplines and forms which have a history of sabotaging themselves. They are in a constant state of crisis. This makes them fertile ground for the application of my metaphor(m) theory and for testing the broadness of the extended text concept. I have stated this in the odd passive construction so common to art critics, speaking of what “painting” or “the novel” does, when clearly that is a metonymy — it is painters and authors who do things, which then exist embodied in paintings and novels. Painters and novelists are deeply involved in a dialogue with and against the past.

… I cite again the Emersonian difference, which is to say, the American difference: a diachronic rhetoric, set not only against past tropes, as in Nietzsche, but against the pastness of trope itself, and so against the limitations of traditional rhetoric.4

I would purport that in our period this is the condition of the awake perceiver everywhere. Bloom’s insight is deep, and it is Emersonian, but by no means is this limited to one country as he presumes. The pastness of trope must be wrestled with and overcome. Each painter and novelist must struggle with his or her daemon, who is the angel, who is the attendant spirit (from Latin, genius), perhaps even genie: the precursor, god and self. Space is fought for and won with blood, not avoided with new toys incorporating dead ideas. This ineffable spar is the only way to occupy the holy ground of the other, finally creating one’s own sacred space.

Reflecting on the applications above and turning our eyes from the Lakoffian elements of my thought to Bloomian ones, it can be perceived that the pervasive use of metaphor(m) is the test of the truly forceful creator (Bloom’s “strong poet,” as described above). In this, we can contribute a new concept of "genius." Rather than being seen as some kind of transcendentally inspired originality, genius can be correlated with the attainment of enveloping discernment, through the transformational power of the metaphor(m).

Genius becomes the inspiration to all-pervasiveness, infusing the insight (“genie”) of central trope in the entire thinking-experiential process. In a similar vein of reasoning, “pervasiveness” replaces the inadequate concept of “unity.” The now thread-worn discussions of “unity in diversity” and the like were never sufficient, especially after Modernism, for the lived experience of what artists attempt in the composition of artworks. The idea of “unity” connotes something feeble, almost expended, when seen as a goal and as it is often taught in art schools, primarily in Bauhaus-derived explanations of relational balancing. In the place of such entropy, the theory of central trope suggests a substitution: “comprehensiveness,” the attempted-for omnipresence of one’s guiding vision, a dynamic fullness. For example, it seems evident that Jan van Eyck’s detailed rendering is not merely a new formal discovery used for its novelty alone. His style uses the dynamism of seeming opposition to energize an integrated vision of life. His realism serves to draw in viewers, suggest transcendence, and justify the individuality of persons and objects with the essence of God. His light is physical, yet does not dissolve; rather, it crystallizes visible reality, being in no way mysterious or overwhelming as in the medieval art before him. Yet the spiritual essence of God would appear to have little to do with a powerfully material world. In this, and other elements, we see that Jan van Eyck is a highly complex painter, in whose work many seemingly contradictory elements are reconciled. His works offers a form of accord far more sophisticated than any notion of unity — and this long before Modernism. I will not deeply analyze his metaphor(m) at this point, but it revolves around his use of light as a materializing force to embrace and overcome contradiction in what he saw as theological truths and the material world. This conviction suffuses and harmonizes his work: thorough pervasiveness.5

The search for this pervasiveness, tropaic omnipresence, explains a prime form of development and growth in artists. The discovery of one’s own metaphor(m) may come in a blinding flash or in gradual steps, but learning to apply it is always a matter of slow work and hard-won experience. Some creators only progress to certain points in this maturational process, winning a few rounds but leaving off the end of the match, perhaps even achieving importance, but not true strength in the Bloomian sense. The novels of James Joyce can be studied as a step-by-step realization of an ever more pervasive metaphor(m), one carried to an apex seldom reached in the history of literature or art. In an ideally consummated approach, the central trope would inhabit each and every decision by a creator. This is the never-ending lustre of the praxis of artistically maturation.6

As an addendum, here is an excerpt from Eugene Delacroix’s diary from Tuesday, February 19th, 1850, which offers a unique insight into “genius,” one which is thoroughly applicable to our situation in art at the moment in Postmodernism: “The beautiful is found only once in a given period. So much the worse for geniuses who arrive after that moment. In periods of decadence, the only chance to survive is for very independent geniuses. They cannot bring their public back to the good taste of former times because it would be understood by no one; but there are lightning flashes in their work which show what they would have been in the time of simplicity. The mediocrity in those long centuries that forget the beautiful is far duller, even, than during the periods when it seems as if everybody could benefit by that taste for the simple and the true that is in the air. At such times dull artists set themselves to exaggerate the unconscious lapses of more gifted artists, which gives them the special platitude called “turgidness” or else they go in for a superannuated imitation of the beauties of the good period, which gives the last word insipidity. They go back even further in time. They assume the naïvité of the artists who preceded the great periods. They affect a contempt for that perfection which is the natural goal of all the arts.”7