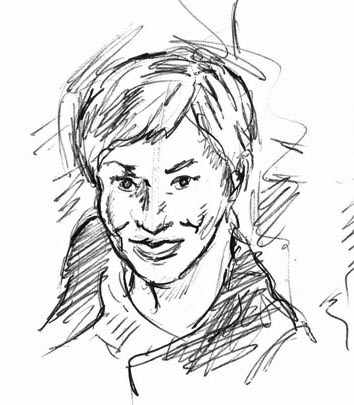 The effect Julia Kristeva has had on my deliberation in art theory can be summed up in four words: the possibility of resistance. As I searched the field, it appeared to me that the (then and still) dominant forms of contemporary theorizing such as Deconstructionism was pathographic, seeing art as simply a symptom, forever doomed to morbidly mirror the diseases of the society surrounding it. It had not perhaps been originally so conceived, but in art critical practice, that is what the followers of Jacques Derrida in the artworld and literary world had made of his theories and those close to him. The artworld as of about 2014 noticed that the “Derrida” name has been too present and began to avoid the word — yet they still cling to their (I would purport mis-) readings of his thought in deed if not name.

Reading Kristeva’s works encouraged me in my search for a location in the creative practice itself where an “opening” could occur, where dominant tropes might be disrupted as well as expressed. This effort was an integral engine behind the origination of my exploration of theory and has become quite central to my theory of metaphor(m) and to my own artwork.

In Kristeva I see the first glimmer of hope. Her form of feminism privileges opposition through a “dispersed” subject/speaker. The inherent contradiction of the process of likening one thing to another in tropes is central to my thinking. Creators may thus be seen as those who anarchistically answer the domineering assertion of rules as the Other, as the perennial foreigner. Kristeva’s philosophy can be used in this way to supplement the Bakhtinian notion of liberating alternative voices: What would those voices say? Within the often fatalistic confines of poststructuralist theory, she contrarily traces the necessity of an outlet.

John Lechte describes Kristeva’s rich estimation of poetics. “It is precisely one of the features of poetic language, for example, that it embodies contradiction.”1 Syntax, order and rules of form are turned topsy-turvy by pleasure, laughter and poetry. In this aspect of Kristeva’s thought one can see that type of incorrigible play which occurs in metaphor-making — especially in those creative tropes which question, invert or criticize metaphors which are taken for granted in our culture. There is much we can learn from Kristeva, but most of all that the individual creation of tropes is a potential avenue of great resistance.