Form, Content, Metaphor(m): A note on my theory of creativity in art 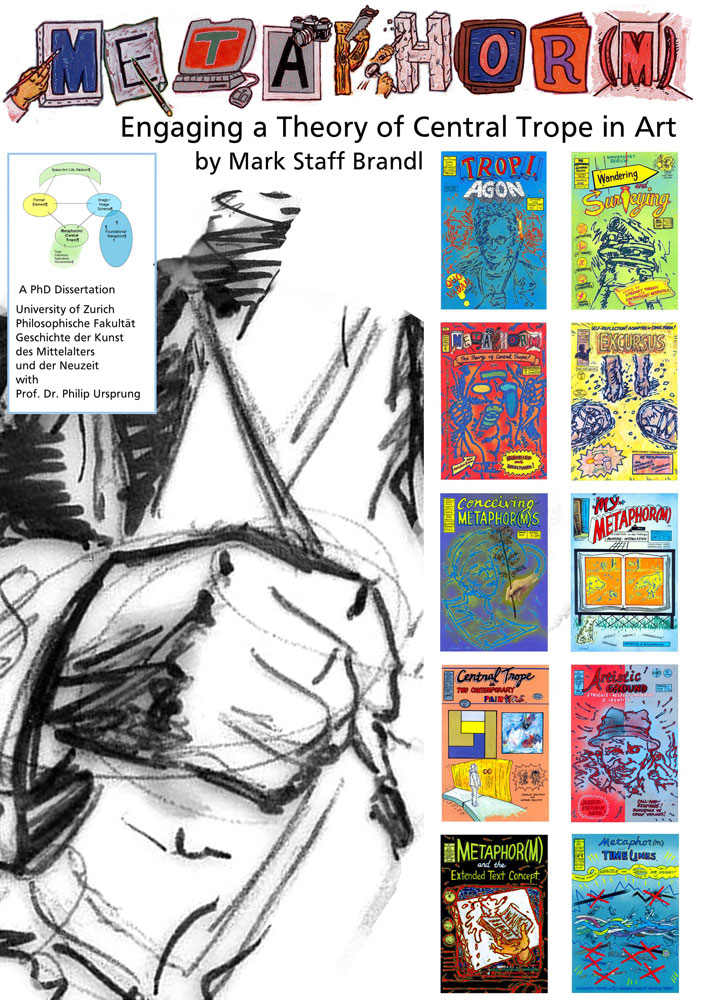 Let me begin with a personal anecdote. In the early 1980s, the artworld was in an uproar. It was increasingly clear that Modernism had, surprisingly, indeed been a “period,” not the ultimate state of culture, and furthermore that it was slowly coming to a close. Postmodernism seemed a little insipid, even unappealing at first as diverse anti- or retro-styles vied for the pole position. French literary theory of a Deconstructivist bent slowly became hegemonic, a situation still now in place, if less discussed. Yet, for most artists and authors, Post-Modernism (still capitalized and hyphenated at that time) seemed an opportunity to seek new theoretical inspiration, to free oneself of the previously prevailing Formalism, also termed the New Criticism in literature, while hopefully also offering a way to avoid the trap of what threatened to be a cynical mise en abyme of sophistry under the first influences of Poststructuralism.

In heated discussions in New York and elsewhere, artists sought out new interpretations of the inevitably intertwined dialectic of form and content. Art was clearly not all about form, it was plain to see that creators had something to say, to discover. Equally, art was not all about the inability to say anything, about illustrating the unreliability of form as sole content, which unfortunately seems to have become the mainstay of academicist art at the time of this writing. There was, and needs to be once again, a widespread recognition that, indeed, form was a tool for discovery and yet also the discovery itself. Through that fissure, the great beast, long considered dead, re-arose in a new and splendid form: ludic trope.

I was inspired by all this, but wished to build my own philosophy, based in my experience of personal, daily, artmaking. With additional study, and much deliberation, over approximately a decade I arrived at my theory. To sum it up in the obligatory sound bite:

My theory, and my dissertation, are titled Metaphor(m): Engaging a Theory of Central Trope in Art. My thesis is that the formal, technical and stylistic aspects of artists’ approaches concretely manifest content in culturally and historically antithetical ways through a uniquely discovered trope. I have applied my concept to studying and analyzing, a.o., painting, installation art, electronic media, the expanded text concept, art history timeline models, comics, and artistic cultural inheritance. My dissertation is in the traditional form of a book, but with the addition of paintings and sections in sequential comic form as well as a 4.5 meter by 45 meter painting-installation comprised first presented in Jedlitschka Gallery Zurich in 2013.

My theory is grounded in the continuing scholarship on conceptual metaphor pioneered by cognitive linguists, particularly George Lakoff, Mark Turner and Mark Johnson, as has been amply shown in the articles on this site. Especially significant is their assertion that metaphoric thinking is the basis of thought, and that it arises from bodily, cultural and environmental experience. Furthermore, I believe that each artist’s personal and cultural process to discover these individual central tropes is a struggle into which they enter with their precursors, their ancestors in art and culture, much as argued by Harold Bloom in his work on poetic misprision.

A particular strength of my theory is that Formalism is subsumed and transumed in it, rather than denied or faithfully obeyed. My theory allows the incorporation of certain positive aspects of what has been called (artworld) Formalism or (literary-world) New Criticism and Structuralism, while in effect standing them on their heads, showing form to be a function of achieved content. Such object-obsessed hypothesizing is shown to be a useful, but not exclusive, tool. In another vein, the theory of central trope is an attempt to create a pugnacious logic of critical poststructuralist interpretation, which is however purged of post-deconstructivist nihilism. Formal attributes in themselves are significant due to their meta-properties as tools and modus operandi involving context, content and cultural struggle. They are the indispensible arena, wherein artists dialectically, perhaps polyphonically discover personal content, meaning, and conduct their cultural deliberations.