I published “A List of the Most Important Tropes and Their Definitions” on this website a while ago; here is the link.

Over the next several articles, I will do something that I have been meaning to do for years: I will take each trope from the list and link it to a major work of art. This will include artworks from a large variety of time periods and in many different media, if I am successful. Generally, I will be looking for artworks that embody the trope under consideration within their formal elements. Doing this within subject matter has long been discussed under iconography in art scholarship, but as my regular readers know, I am more concerned with how the formal, technical and stylistic aspects of artists‘ approaches concretely manifest content in culturally and historically antithetical ways in tropes, often through a uniquely discovered trope. Here, I will be less interested in the originality of the central trope of the artist, which is usually my point when discussing my theory of metaphor(m). Instead, this short subseries of articles will be created with an eye to explanation, didactic application. Clearly showing a trope in visual use. This is not always as the definitions of tropes were originally all created with an eye to literature, not to visual art. Additionally, I believe visual artists have a much freer play with these metaphors; indeed, it is even possible to make quite useful and exciting mixed-metaphors in visual works, as well as very original new analogies. Nevertheless, I will try. Contributions from readers are welcomed!

First: Metaphor in itself. An implied indirect comparison between two unlike things that are suggested to have something important in common although they are quite different to one another. “Achilles is a lion.”

To begin with, I think it is difficult in visual art to separate metaphor and simile. A simile is a stated comparison (usually formed with ‘like’ or ‘as’) between two fundamentally dissimilar things that have certain qualities in common. Like a metaphor that points out its own activity. “My love is like a red, red rose.” Visual art has no clear equivalent to ‘like’ or ‘as.’ However, we will avoid that now and deal with it later when we come to simile.

There are well-known uses of metaphor in subject matter in painting and sculpture. One of the foremost is the group of analogies that make up vanitas still life paintings of in the 16th and 17th centuries, in Flanders and the Netherlands.

These works generally included depictions of skulls, a clear metaphor (and metonymy) of death; rotten fruit, a metaphor for decay and thus death; smoke, clocks, dead animals, even bubbles, all of which point in some meaningful way to the briefness of life; these indeed became so common as to almost reach the status of symbols. A beautiful example of one such work by Pieter Claeszoon painted in about 1634 is here.

What about embodiment of such a sentiment in the physical, haptic aspects of a work?

To trumpet myself, I did an installation, one of my “Stations” pieces, in Rawspace in Chicago in October of 1982 titled “+ Art 3.” On the walls of this were a series of paintings in metal grounds (grit) on museum board. The images were planned to slowly fall away through the month of the show, ending with empty boards. The whole installation was a kind of requiem, thus this disintegration was intended to embody the vanitas-like feeling of the work. The melancholic passage of time. Particles of metal are metaphors for pigment and moments as well. Falling-off the surface is a metaphor for dissipating, for slowly passing away. The struggle against mortality while also embracing it. Here is an image of the whole and a close-up of one such painting. 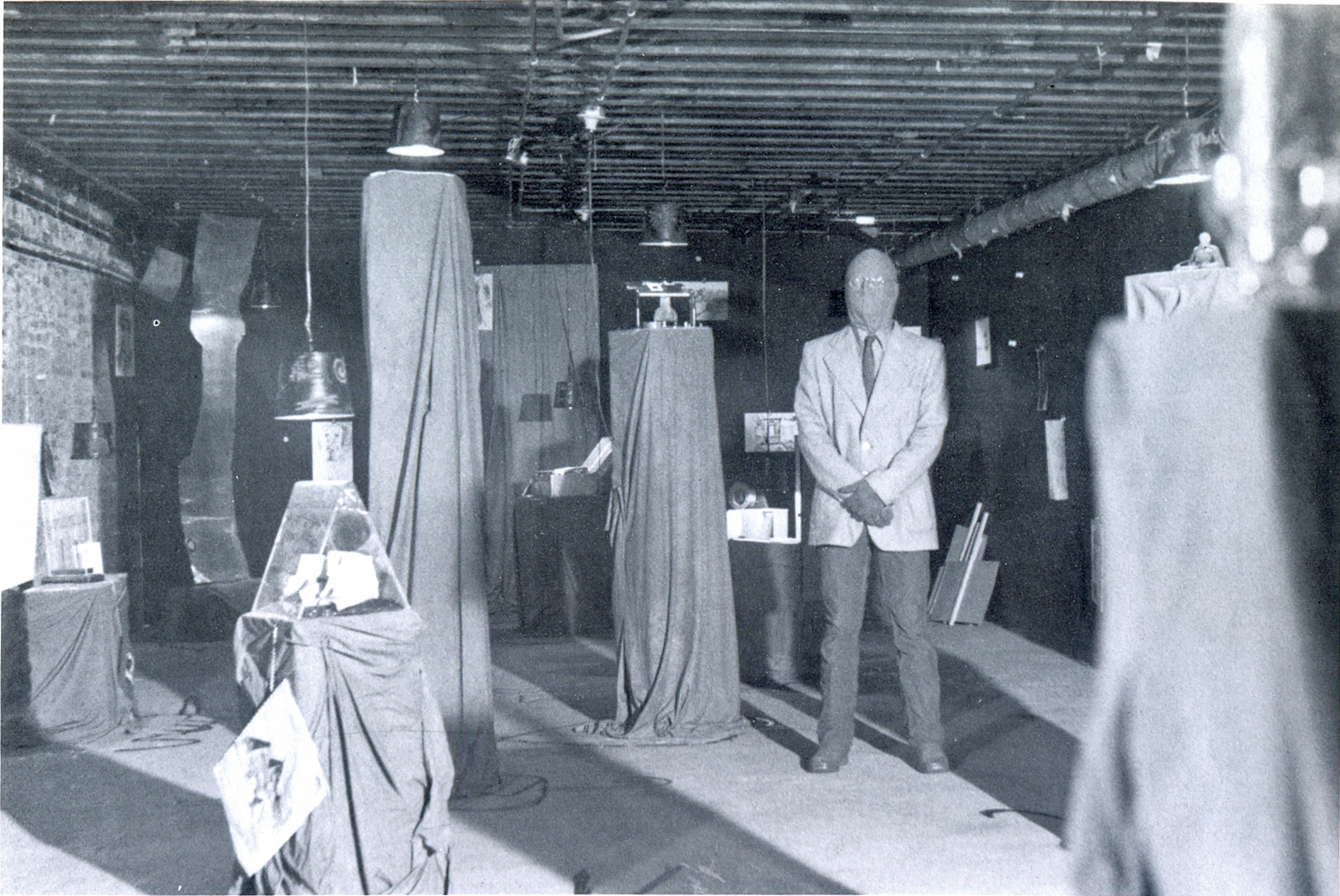 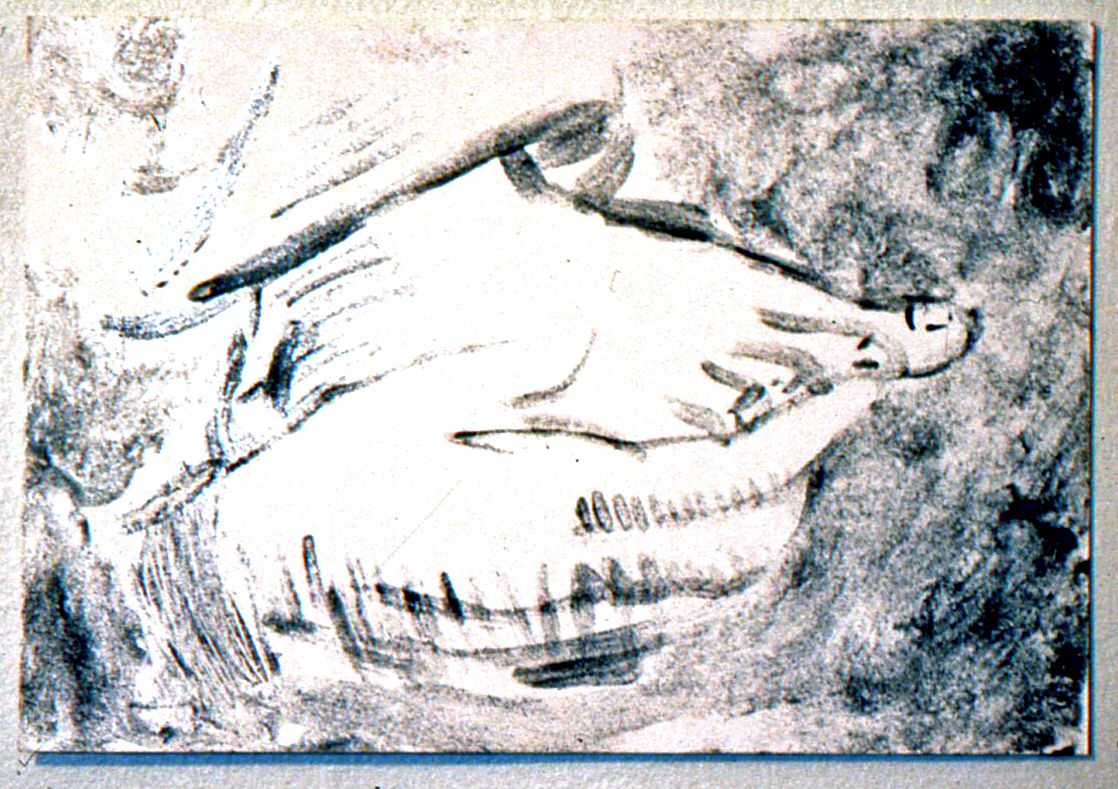 What would be another example from a more famous artist? Consider Urs Fischer‘s melting sculptures from the Venice Art Biennale of 2012. They were of cast wax, in effect gigantic candles. They included a full-size wax replica of Giambologna‘s 16th-century sculpture The Rape of the Sabine Women, a standing business man and, my favorite, a standard swivel office chair. They were all repeatedly set alight and progressively melted away until the end of the exhibition. The pieces were somewhere between a Dutch still life and a performance. The metaphor therein is similar to those I mentioned above in the Claeszoon and others, yet pushed more resoundingly into the very material of the object itself. The transience of life was metaphorically embodied in the works in their material wax and their disappearance, as well as in the reference to a “snuffed out candle” as a traditional metaphor for death in artworks. The works became snuffed out. Seeing them half-gone was most impressive. Middle-aged, so to speak.

Next article, I hope, Metonymy!