Note Toward a “Pictorial Turn”: There Are No “Purely” Visual or Verbal Arts 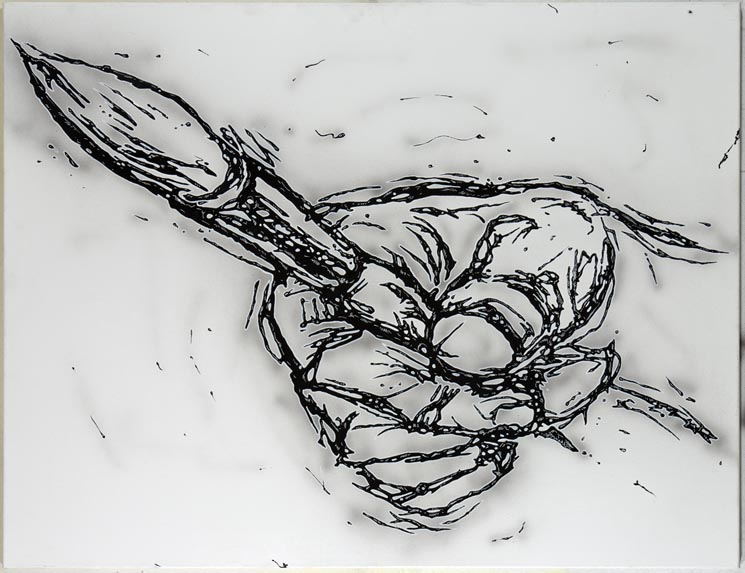 Although various literary theories have been the prevailing creative force behind most recent aesthetics, the tide may be changing once again, as I have frequently discussed in the past. Even if this is taking a long time due to institutional resistance, powerplays. Visually-generated tropes of thought are entering into a dialogue with the dominant literary and verbal metaphors of thought. W.J.T. Mitchell contends in his book Picture Theory, that a new “turn” — the “pictorial turn” — will supplant the study of culture as we have known it under the sign of the “linguistic turn.” He models his phrase after Richard Rortys term for this dominance of verbal metaphor. This is amazing coming from Mitchell, one of the leading theorists today and the editor of Critical Inquiry, certainly one of the chief propagators of literary theories of the verbal-Deconstructivist bent.1

Obviously good news for painters, this could additionally herald a rebirth of theoretical interest in the novel (and in novelists). The academic critic is the unacknowledged ideal creator of the Decontructivist critics, those revealers of all hidden tropes other than their own. The author may be dead but the reviewer is not. Painters, even conceptually oriented ones, are suspect for all the obvious reasons: sensuality, insufficient fashion consciousness, and so on. Novelists similarly simply create works which are too messy, with their real-seeming dialogue, multiple characters, visual descriptions, mood evocation and — most frustrating — their continuous, frustratingly non-ironic pointing to life, even in and through the novel’s own meta-existence. As Mitchell writes though, what he sees as a turning away from a purely textual basis, from “[l]inguistics, semiotics, rhetoric, various models of ‘textuality’ ”2 will not be

“a return to naive mimesis, copy or correspondence theories of representation, or a renewed metaphysics of pictorial “presence”. … It is the realization that spectatorship (the look, the gaze, the glance, the practices of observation, surveillance, and visual pleasure) may be as deep a problem as various forms of reading (decipherment, decoding, interpretation, etc.) and that visual experience or “visual literacy” might not be fully explicable on the model of textuality.”3

Mitchell’s book, published in 1994 has not had since then quite the influence many of us had hoped for at first. It appears that the linguistic turn is rather firmly academically entrenched, and although weakened, it has not been replaced by a new form of tropaic visuality, but rather modified into a kind of social-event literalness.4 More promising, I feel, is how media theorist Christrian Doelker has anticipated, even gone beyond the pictorial turn. Widen Mitchell’s perceptive comments to include the mixed, multi-strand and integral entities that are at the heart of Doelker’s work, and one has a potential “turn” of startling consequences.

Philosophy has long portended an aesthetic turn with the increase in stature of aesthetics, the philosophy of art, once the barely tolerated foster child of metaphysics, to a position of vital importance, impinging on ethics, metaphysics, epistemology and philosophy of mind. Visual art since Duchamp has led the way from mimesis and personalism to questions of the ontology of art. Post-Duchampians (by which I do not mean neo-Duchampians) and Post-Joyceans are expanding this in new philosophical directions, such as epistemology, the hermeneutics of meaning, and theories of creativity, metaphor, social philosophy and more. Cognitive linguistics is highly visually oriented, especially in its emphasis on embodied experience in its metaphor theory. This may have been one of its initial attractions to me.

The novel, with even more deaths and resurrections than painting in a far shorter span of existence, has fought a battle on all sides. One theorist in the poststructuralist pantheon senses the world-shaking metaphor(m)al possibility of novels: Michael Bakhtin. His enabling “dialogical” view of art was discovered through deft reading of Feodor Dostoevski.5

In fact, in a (post-) postmodern world, perceptional abilities and artistic disciplines are interwoven.

“One polemical claim of Picture Theory is that the interaction of pictures and texts is constitutive of representation as such: all media are mixed media, and all representations are heterogeneous; there are no “purely” visual or verbal arts, though the impulse to purify media is one of the central utopian gestures of modernism.”6

All media are multi-strand, to use the enlightening terminology of Doelker. More on this soon.